In which Mistress Iris & I
tease a shy boy…

I spent Sunday night at Domina Colette’s birthday party, which was an absolute treat!
​
I drove to the party with the ever lovely Amber Bowen. We may have distracted the driver a bit as we discussed some of the naughty little things we had been up to over the past couple of weeks and he may have gotten a glimpse of the lingerie I was wearing under my jacket. I hope he got home safely!

A lovely gentleman took my coat at the car, leaving me in only my bra, thong, and stockings. Everyone was dressed in either formalwear, latex, or the naughties bits of lingerie they could find.

After giving Colette her birthday kiss, I found myself entangled in conversation with Mistress Iris. We had been fantasizing about teasing and torturing an unsuspecting boy and figured this party would be the perfect place to find our prey.

He was tall and slender, with bashful eyes and blushing cheeks. We cornered him on the couch, ensuring he had no avenue of escape. She rested her hand on his knee while I played with his hair. We noted with pleasure how his cock had begun swelling within his pants as we leaned in closer.

Slowly we unbuttoned his shirt, leaving lipstick trailing from his neck to his chest. He attempted to protest, “But what about everyone watching?” I brushed my fingers across the buckle of his belt and he moaned lightly, protests forgotten.

Iris draped her legs across him and I slowly stroked her calves. I brought the boy’s face to mine, letting him anticipate a kiss, but never following through. I parted my lips slightly – we were close enough that he could feel my every breath.

Iris gently undid his belt; he again protested, begging us to not embarrass him in front of such a large crowd, but she continued, grinning evilly. The hard line of his cock pressed against his briefs, visible to everyone. I told him he was so aroused that he would do anything for us; he eagerly agreed. I straddled him and pressed into him, his hands wrapping around my waist.
​
I finally let him kiss me, and he melted. Iris began teasing his cock, letting him know how much she enjoyed taunting him, knowing that he was completely under our control. His eyes looked up at us, desperate and wanting. 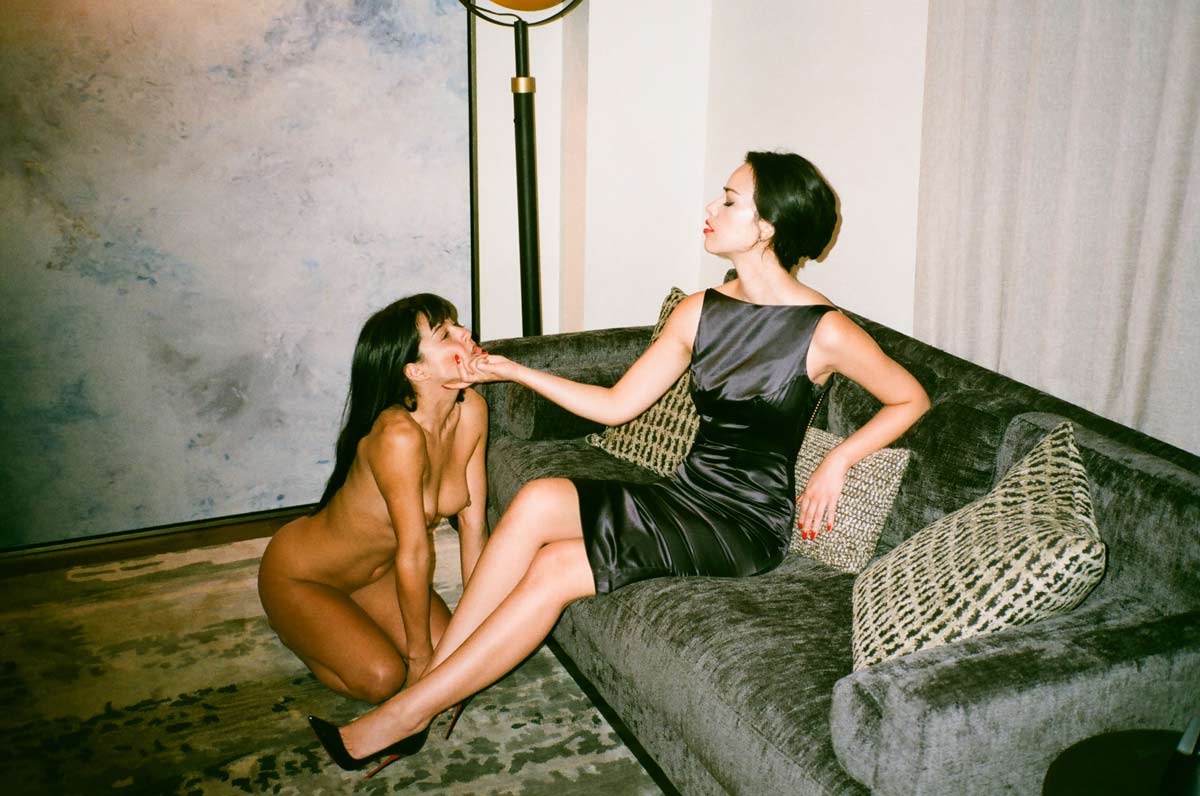 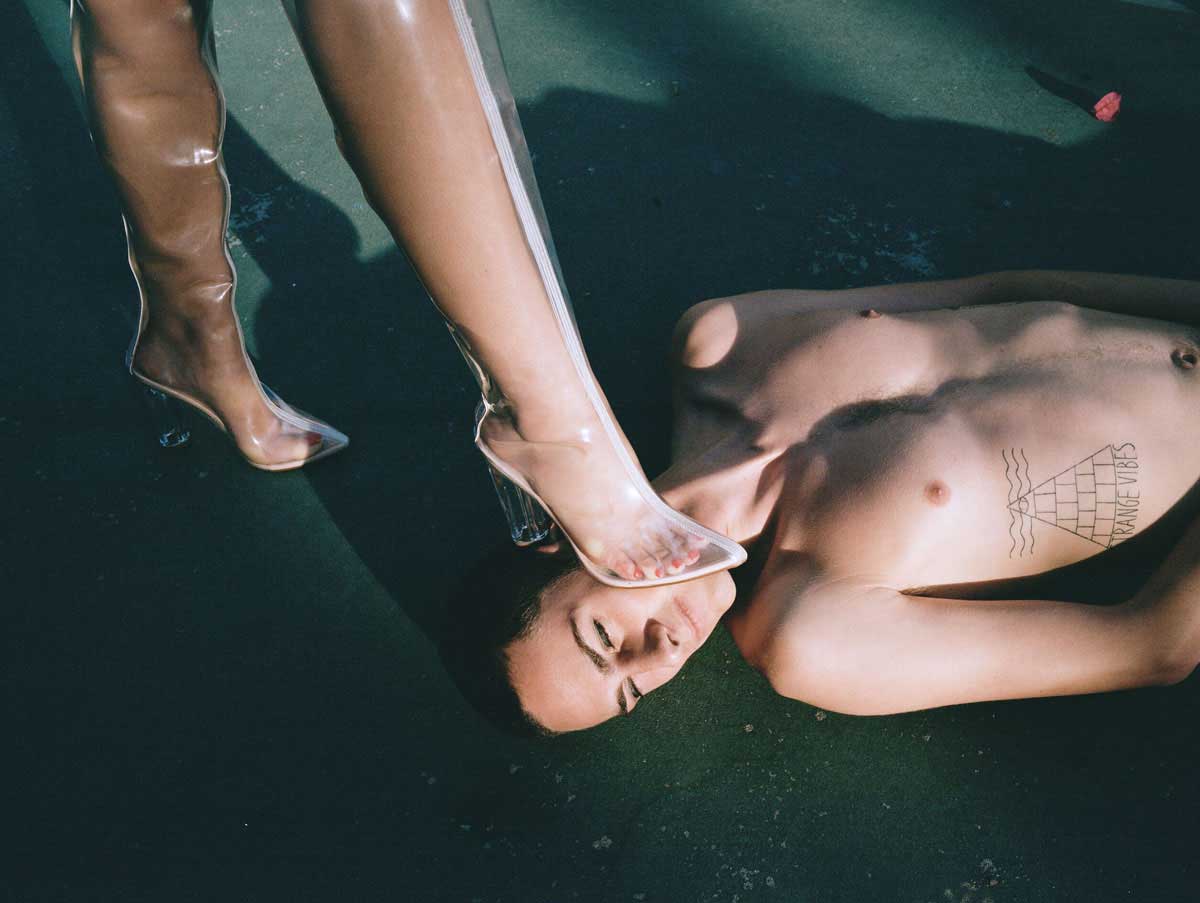 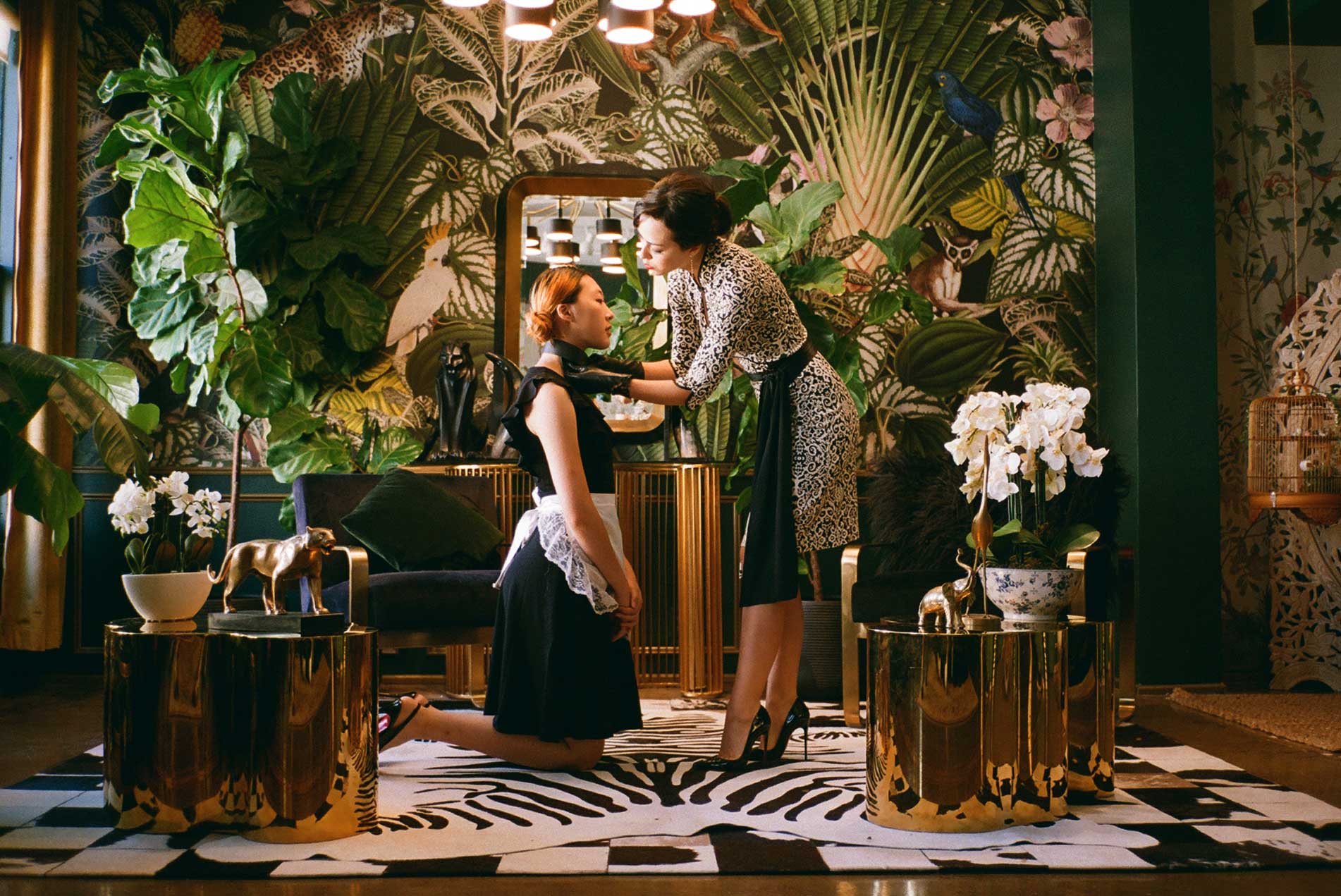 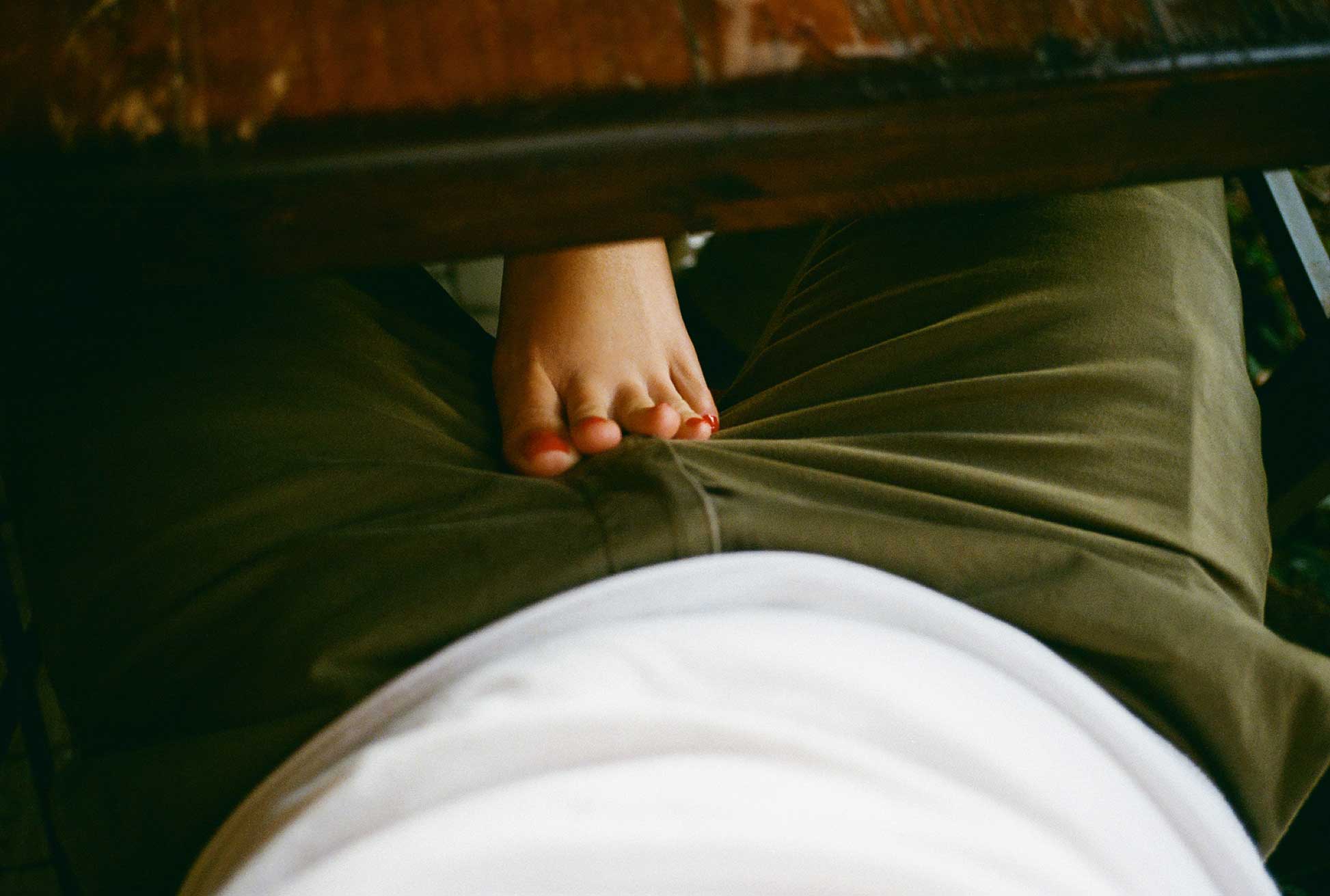 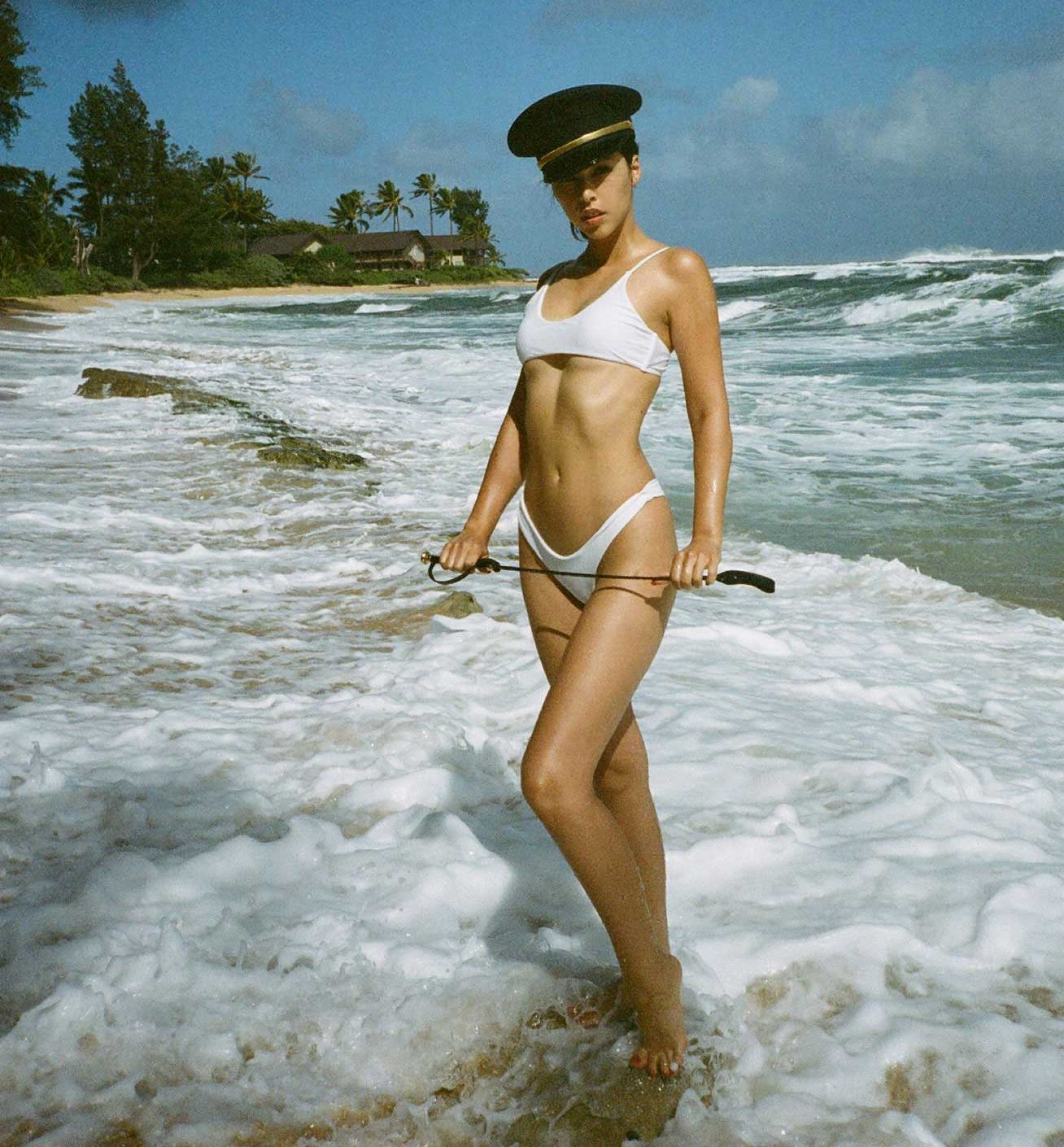 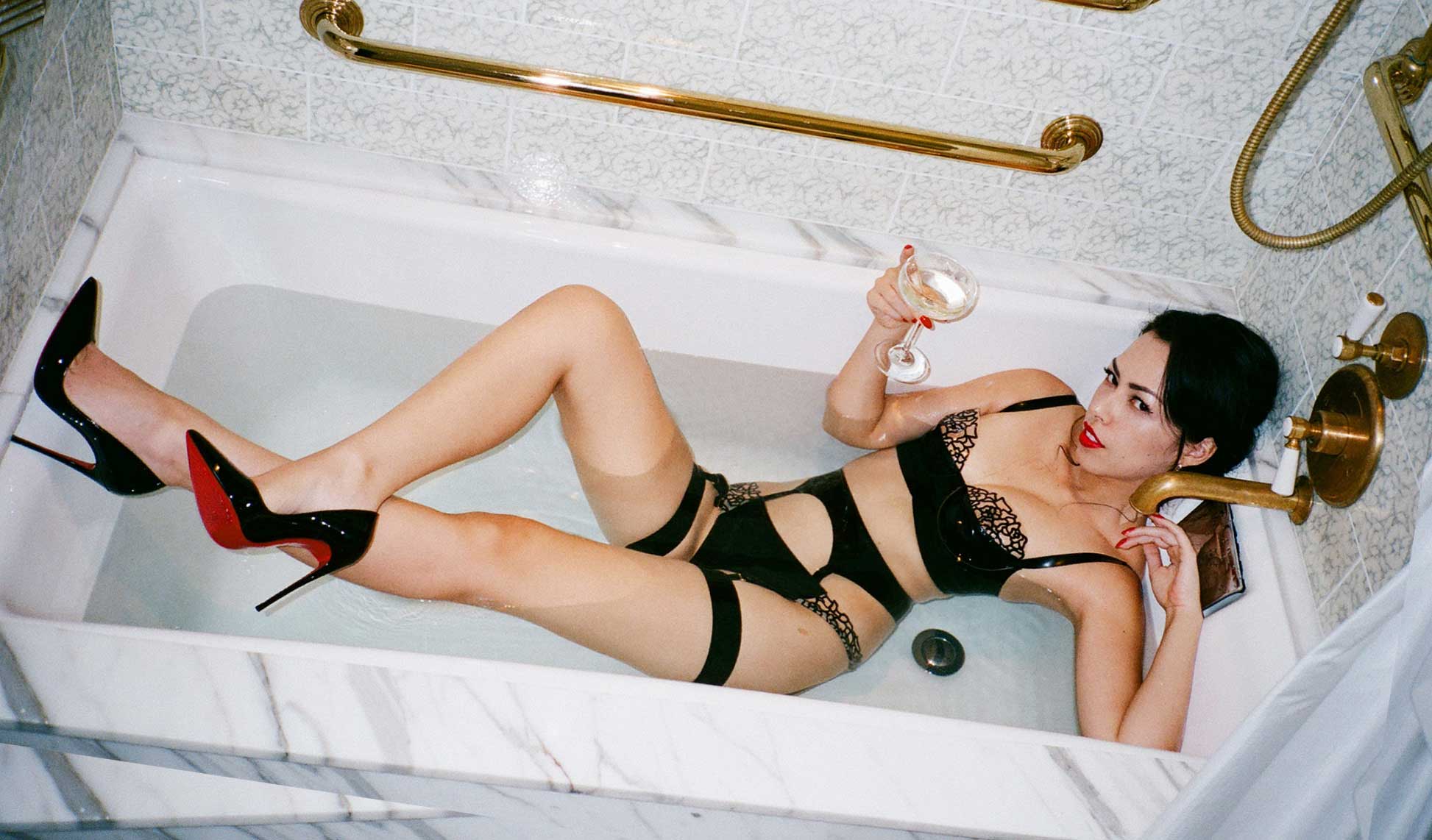